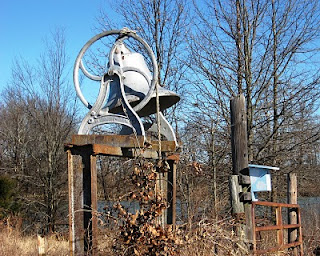 Over millions of years of developing its social order, the honey bee gained the ability to communicate rapidly with all of the members of the colony. The bees communicate by means of sight, vibrations, tastes, odors, and pheromones, the chemical signals that the bees pass among the colony members as airborne odors or as scents passed by touch. Humans developed elaborate methods of communicating to further their social order as well. Our communications generally involve sight, sound, language, and written symbols. Electronic forms of communication broadened the size of our society. With the internet we can now rapidly reach a community as large as the world. It is a pleasure to communicate with so many citizens of the world through this simple beekeeping writing.

I share my observations of the world of the honey bee with over 10 thousand individuals in each of the 50 states of the U.S. as well over one hundred countries around the world. Many of the followers are beekeepers; many are just interested in the honey bee. My writings are six months out of season with readers in the Southern Hemisphere. Some of the readers tend to bees of other species than our bees of European origin. Many speak different languages. It is marvelous that there are translation programs that can allow us all to share our thoughts. My bees’ brood nest temperature of 95 degrees Fahrenheit may be 35 degrees Celsius in New Zealand. Though there are differences in approaches to beekeeping and styles of communications, I feel that there are many common areas of interest anywhere in the world. Beekeepers have a keen appreciation of the environment and an understanding of the relationship between the flowering plants, the bees, and mankind. Beekeepers recognize that the environment is fragile and damaged, but capable of being restored. From the Underhill family that operates Peace Bee Farm, I offer to all who observe the great religions, traditions, and philosophies of the world: Peace be with you.
--Richard
Posted by Richard Underhill at 8:43 AM