Paul Little: A Most Colorful Friend 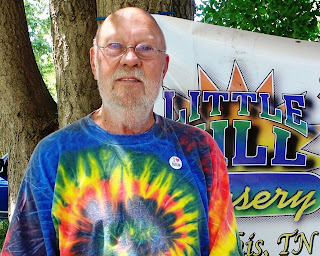 Paul Little, the owner of Little Hill Nursery of Memphis, Tennessee, is a most colorful individual. He is colorful in appearance and thought. Whenever I see him, he is wearing the bright t-shirts we wore in times past. He is also one who carries colorful ideas and brings them to pass. A knowledgeable horticulturist, Paul’s passion is growing those hearty succulents, the sedums. Paul experiments with growing these hearty plants in an attempt to find the ones best adapted to conditions in the Mid-South. He produces beautiful plantings of sedums and has become an advocate of green roofs. Green roofs are live, growing beds of plants used as the coverings of buildings. Green roofs with active plantings date back to 600 B.C. with the famous hanging gardens of Babylon. The pioneers of America’s Great Plains employed sod roofs on their huts. Memphis has recently seen its first two green roofs placed into commercial constructions. One is on a non-profit organization’s headquarters in downtown Memphis, and the other is on a doctor’s suburban office building.