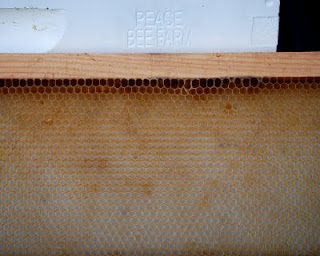 This has truly been a year of unusual weather here in the Arkansas Delta. We have seen cooler temperatures and more rain than normal. The change in the weather has caused a considerable reduction in the production of nectar by some of the reliable bee plants. This was often due to the reduction in photosynthesis on overcast days causing a lesser amount of the sugars to be produced by the plants. Sugars produced were often more diluted than normal. Further, rain washed much of the nectar from exposed flowers. With a weak nectar flow, the honey bees shifted to survival behaviors. They killed their drones on several occasions through the summer, an event that usually occurs after the first frost of late fall. Bees were also observed cannibalizing their brood. Many colonies withheld food from their queen causing her to stop brood production. Each of these actions by the bees meant less food would need to be consumed by the colony. The colonies were able to adjust their food requirements in response to the changing conditions

With a diminished food supply of nectar from the flowering plants, the honey bee colonies also consumed large portions of their stores of honey. The honey bee is the only insect in the temperate zone that stays active throughout the year. All other insects either die off annually or go into hibernation. The honey bee exists over winter by consuming its high-energy food, honey. Beekeepers throughout the region are finding that there is not a great surplus of honey in the hives this year. Today’s picture shows a not too unusual finding during this year’s honey harvest, completely empty frames. This year’s interrupted brood cycles left fewer bees on hand to produce honey. The beekeeper’s task this year will be to keep the bees alive and healthy. There won’t be a great surplus of honey to harvest this year.
--Richard
Posted by Richard Underhill at 10:31 PM