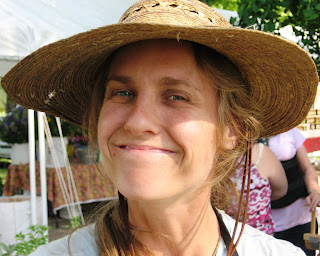 The New York Times reported today on a study that will appear in the February 15 issue of The Journal of Experimental Biology. The report discusses research that has been conducted on how honey bees recognize human faces. While the researchers were interested in finding clues as to how the honey bee with a brain many times smaller than a human could accomplish some of the same tasks, they revealed honey bee behavior that many beekeepers observe. According to the Times article, bees and humans use the same techniques to distinguish faces even though the human brain has 100 thousand times the capacity of neurons.

I have often heard beekeepers comment about the behavior exhibited by their bees. Many feel that the bees truly get to know their keepers. I feel that I am virtually ignored by the guard bees of hives of the bee yards that I visit most frequently. The honey bees have an extremely acute sense of smell, and most recognition of the beekeeper is probably done by detecting odor. However, there are times that honey bees certainly seem to be able to recognize people by their faces. For a week after I harvest honey, I can expect to have bees seek me out and sting me. These are bees from hives that I walk about without protective gear throughout the year. A day or two after harvesting their honey, I have had bees greet me with a sting as soon as I open the door to step from my truck. Were they irritable after being robbed of their honey, or did they remember the face of the robber? This interesting Times story can be found at http://www.nytimes.com/2010/02/02/science/02bees.html?hpw. The authors of the study indicate that it was their intent to see if honey bee behavior could reveal mechanisms that could be employed by computers for use in facial recognition. Today’s photo is one of the pleasant faces that the bees like to recognize, horticulturist and beekeeper Dallas Holland.
--Richard
Posted by Richard Underhill at 3:35 PM