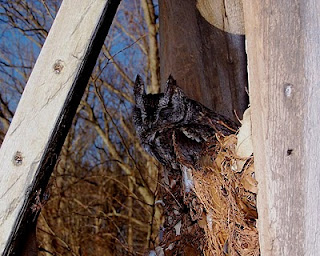 Integrated Pest Management involves controlling pests by using a combination of measures to reduce their numbers. IPM techniques may be considered to be mechanical, like Small Hive Beetle trapping, or they may be biological, cultural, or chemical. There is a growing movement toward chemical-free beekeeping. While the concept is attractive, the beekeeper must be aware that in the short term there may be considerable colony losses, mainly due to parasitic Varroa mites and the viral diseases they vector. Even after one has begun a beekeeping program not relying on chemicals there may be more losses than expected. The benefit of chemical-free beekeeping is pests don’t build resistance to the treatments.

Here are some Integrated Pest Management techniques that may be considered as biological and cultural controls: Frames of drone brood may be removed and frozen to kill Varroa mites developing in the brood. Place hives in full sun; damp soil in the shade supports Small Hive Beetles. Take measures to reduce drift and robbing. Both spread diseases. Limit the use of common feeding, another source of disease spread. Exploit weaknesses in pest life cycles. For example, Small Hive Beetles must leave the hive to pupate in the soil. Beneficial nematodes kill Small Hive Beetle pupae in the soil. Allow beneficial insects and other animals to do their part. Ants eat Varroa mites that fall through screened bottom boards. Bats eat wax moths at night when they are most active. Replace old, dark comb; because it can hold chemicals and spores of American foul brood and Nosema. Dust bees with powdered sugar to reduce Varroa mites. To further reduce mites, use naturally-based alternatives to chemicals, such as thymol-based essential oil products or organic acids. Don’t use the “hard” chemicals except as a last resort, applying according to labeled instructions to reduce mite resistance. Provide vegetable oil and sugar patties for tracheal mites. Don’t spill Small Hive Beetle larvae on the ground; bag slimed frames. Today’s photo: biological control of mice at Peace Bee Farm, a screech owl.
--Richard
Posted by Richard Underhill at 9:06 PM