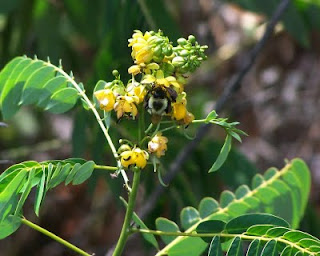 Through the colony’s social structure, honey bees are highly adaptable. I am getting reports from across the Mid-South of bee colonies responding to the unseasonal cool and damp weather we encountered during this spring and summer. A number of beekeepers report honey production is far below that of past years. It appears that the honey bees are utilizing survival tactics as a result of the diminished nectar flow. I have observed some queens stopping their egg laying. The colony controls the queen’s egg laying by restricting the queen’s diet. I have also observed colonies killing off their drones earlier in the summer, an event that usually doesn’t occur until the frost of late November. Beekeeper Shirley Murphy reported robbing of her Tennessee River bees. She was able to control the robbing behavior by placing an entrance reducer in the hive. The reducer gives the colony’s guard bees the advantage over the robbers, because the guards have less area to defend. The colony that was being robbed also appears to have resorted to cannibalism of the drone brood. This behavior makes the colony more survivable by returning nutrients to the colony and reducing the feeding requirements for the brood. The honey bee’s social order is thus capable of adjusting the colony’s population and food requirements in response to the reduction in available food.

Today’s photo is of false indigo, a member of the important bee plant family, the legumes. If you click on the picture, you can see that it is being worked by one of the native pollinators, a bumblebee. Even though the false indigo grows in one of my bee yards, today I found it being worked by bumblebees and butterflies. Honey bees forage wherever there is an abundance of nectar and a concentration of sugars. They will choose to forage the strongest nectar sources or rob a weakened hive.
--Richard
Posted by Richard Underhill at 9:30 PM