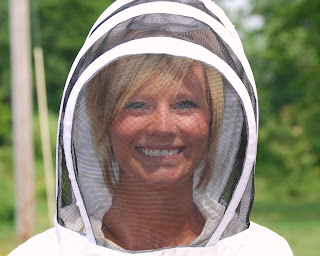 Throughout the world, nations are striving to improve people’s diet by increasing the variety of available foods. Much of the world lives on a diet based upon grains: rice, wheat, barley, sorghum, oats, and maize or corn. These plants are grasses which produce seed when they are pollinated by the wind. The world produces large volumes of foods derived from these grasses, but they often lead to a bland, starchy, and less than complete diet. As people try to move toward more nutritious and flavorful foods, farmers are growing increasing amounts of fruits, nuts, and vegetables. Many nations are also increasing the consumption of meats derived from domestic animals. In most cases the fruits, nuts, and vegetables are the product of flowering plants and trees which require insect pollination. The animal feed used to commercially produce domestic animals is also based upon insect pollination to produce the plants’ seeds. When we eat a hamburger or piece of beef or chicken, it comes from animals that were likely fed clover or alfalfa. The seeds for each of these legumes require pollination from bees. Almond nuts, one of the United States’ rapidly increasing agricultural export crops, require honey bee pollination. Human food crops are requiring greater numbers of pollinating insects. However, the pollinators are not increasing to meet the growing worldwide demand. Many of the bees and native pollinators are actually declining in numbers.

The Cavallo family has been showcasing traditional Southern cooking in Memphis since 1943 at their restaurant, The Cupboard. The offerings at The Cupboard, which specializes in fresh vegetables, are the very items that we can thank the honey bees and native pollinators for helping to produce. Without bees we would not have their eggplants, Crowder peas, turnip greens, and fried green tomatoes. Jereme Cavallo and Dory Sellers of The Cupboard visited Peace Bee Farm. That’s Dory in the bee suit. We are proud that The Cupboard chooses to offer our Delta honey to their loyal customers.
--Richard
Posted by Richard Underhill at 9:08 AM