The Wettest October Ever 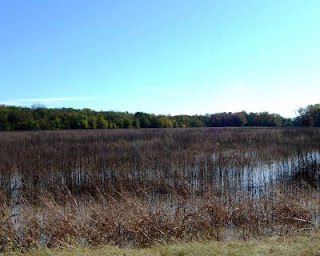 October is traditionally the driest month in the Mid-South. Record-setting rains this year made this month the wettest October recorded since records were initiated in 1880. The wet and cool weather has altered the habits of the ever-adaptable honey bees and challenged the Arkansas Delta beekeepers.

The effects of the wet weather this year were first noticed with virgin queen bees that couldn’t make mating flights during continuous days of rain in the spring. Cool and wet weather in the summer found colonies killing their drones in July and September, instead of waiting for late fall to remove the drones. Many colonies experienced periods throughout the summer when the queen stopped laying eggs. The interruptions were probably associated with weather-related periods of nectar and pollen dearth. Interruptions in the brood cycles tend to reduce the population growth of the parasitic Varroa mites. Mite load sampling of the colonies late in the summer showed lower than expected levels of Varroa mites, good news for honey bee health. Along with a general drop in the volume of surplus honey produced by the bees this year, there was a noticeable change in the way the bees handled the honey. Toward the end of the summer, the bees in many colonies simply seemed unable or unwilling to finish capping the cells of stored honey. I suspect that this resulted from a dearth of nectar, as some bees capped the cells with reused beeswax instead of using freshly secreted wax. The picture taken today shows our Wetland Reforestation Project; 10 thousand hardwood trees are planted in the flooded grass leading to the tree line along Fifteen Mile Bayou, a tributary of the St. Francis and Mississippi Rivers. While the often continuous and excessive rains have been rough on a number of agricultural endeavors in the Delta, they have been conducive to the establishment of these bottomland trees. Migratory ducks and geese will spend most of the winter in these flooded fields.
--Richard
Posted by Richard Underhill at 9:24 PM