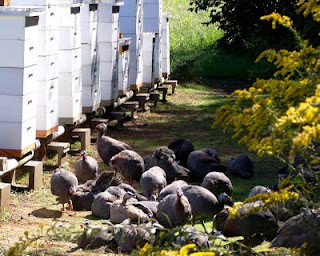 There is considerable interest developing among beekeepers to move away from the use of chemicals in the hive to control honey bee pests. Historically, beekeepers managed honey bees without chemical treatments; but practices changed after the introduction of parasitic mites in the 1980s. As the mites devastated bee hive populations across the country, beekeepers turned to chemical pesticides to control the mites. With each product that was used, there was early success in controlling the mites followed by resistance to the chemical agent. Now many beekeepers are moving toward chemical-free beekeeping in an attempt to breed bees that are genetically adapted to living in the presence of the numerous honey bee pests. Those that are adapted will be the survivor bees left after the colonies with less suitable traits have died off. Without defined best practices, beekeepers are experimenting with a number of techniques to manage honey bees in a chemical-free manner. The first step is to make colony divisions in the spring from those colonies that survived the winter and then built up their populations the quickest. Just making numerous colony divisions, or splits, makes up for the losses that will occur as colonies that are not suited to living with pests die off.

Chemical-free beekeeping employs an array of integrated pest management techniques. These include a series of steps taken to weaken the pests and strengthen the bees’ chances of survival. Mechanical controls, like small hive beetle traps, are used because they remove the pests without building resistant populations of the pests. Cultural practices, like removing and freezing frames of drone brood containing developing mites, also reduce pests without building pest resistance to chemicals. Biological controls are important pieces of the integrated pest management approach to chemical-free beekeeping. In the photo, some of our guinea fowl frequent one of our bee yards. Unwanted insects, like small hive beetle larvae crawling to pupate in the soil, don’t stand a chance around keen-eyed poultry.
--Richard
Posted by Richard Underhill at 10:59 PM