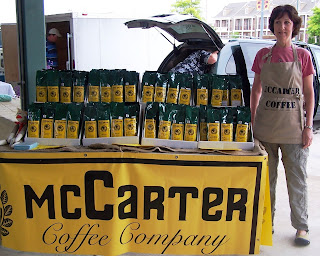 Researchers at the University of Arkansas’s Insect Genetics Laboratory have been conducting a study of genetic variation of honey bees in southern and central states by DNA sequencing a portion of the mitochondrial DNA genome. Mitochondrial DNA is maternally inherited and is ideal for tracing honey bee genealogy. Sampling both feral and managed colonies, the researchers sequenced samples from 13 states and found all four honey bee lineages known to exist in the United States: Eastern European, Western European, Middle Eastern, and African. There were two findings of the study which I found most encouraging. First, they found the old German dark bee still existing in eight percent of feral colonies even though this subspecies has not been preferred by beekeepers for over 100 years. I caught a swarm of German dark bees a few years ago and released them in the woods. I know that they survived, because I find their black offspring in my hives from time to time. The other finding that struck me was that the subspecies of honey bee from the Mediterranean East Coast still exists in 11 percent of feral colonies even though this bee has not been imported into the United States since the 1880s. What does this mean? To me, it says that the feral bees have not all died out. They exist and possibly provide the necessary genes for our honey bees to survive in the changing environment that has been so harsh to our managed hives.

Today’s photo shows Debra McCarter of McCarter Coffee Company of Millington, Tennessee with her roasted coffees at the Memphis Farmers Market. Look closely and you can see their monkey logo on the table. Jim McCarter explains that coffee, which is grown at altitude in a band of 10 degrees latitude either side of the equator, is one of the most lucrative agricultural exports for developing countries around the world. The coffee industry employs many individuals in the remote coffee-growing regions. For example, even families not growing coffee may hand sew the cotton coffee sacks for shipping the beans. We see Debra and Jim regularly at farmers markets. You may visit their web site at http://www.mccartercoffee.com/. We enjoy their coffee every morning.
--Richard
Posted by Richard Underhill at 5:06 AM