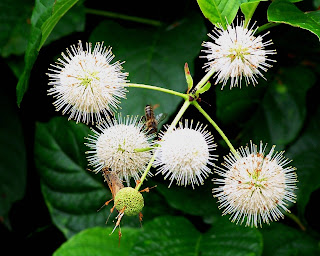 The honey bee hive produces a number of products that are useful to man. The first is, of course, honey. We know from cave paintings that men have been taking honey from bees for at least seven thousand years. Rita gave a presentation on the products of the bee hive to an interested group at the Collierville, Tennessee library. The next product of the bee hive is beeswax, which is the material from which the comb is made. Beeswax is secreted by glands on the underside of the young bees’ abdomens. Beeswax has been used extensively by man. High quality beeswax candles have always been a church tradition. Beeswax strengthens thread for sewing and bowstrings for archery. Beeswax was used extensively aboard ships, especially as a lubricant. Mixed with other waxes and oils, beeswax can be converted into many products from furniture polish, to boot and saddle conditioner, to lip gloss and hand lotions. Bee pollen is a high-protein hive product eaten as a food that contains vitamins and minerals. Propolis is the antibacterial and antifungal bee glue that honey bees make from the saps and gums of trees. It is harvested from the bee hive to produce medicines for man. Antonio Stradivari used propolis in the late 1600s when he built violins. Royal jelly is collected from the queen bee cells and is eaten by humans. This food of the queen bee is collected in tiny amounts, mostly in China. Almost none is collected in the United States. The products of the bee hive are sources of hundreds of items used by man.

Today’s picture is button bush, a shrub which thrives in the Arkansas Delta at the water’s edge. Button bush has an open, unprotected flower, which attracts a number of insect species. Click on the picture to see a honey bee sharing a button bush flower with a butterfly. A tiny solitary bee rests nearby.
--Richard
Posted by Richard Underhill at 10:41 PM