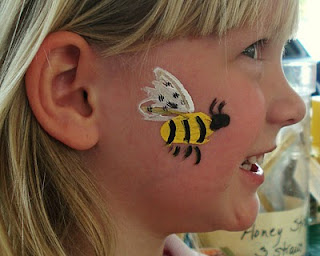 Large-scale die-offs of honey bees have persisted in various parts of the United States since the spring of 2007. While die-offs of honey bees have been periodically recorded for more than a hundred years, this occurrence is larger and exhibits some characteristics that have not been seen before. The beekeepers find their hives virtually empty of adult bees. There is brood present, a puzzling situation; for bees rarely abandon their brood. There is food present, but the bees are not eating it. After the death of the colony, hive scavengers avoid the hive for a number of weeks. This situation with its unique attributes has been given the name Colony Collapse Disorder or CCD. After three years of investigation, there is not a clear answer as to the cause of the die-offs. Carefully designed scientific studies, which involve collecting samples from healthy and sick hives, are being conducted.

While the results of the studies have not been published, the main factors that seem to be combining to form a lethal mix are being identified. First, there are numerous chemicals in the beeswax comb of the hive. The principal miticides used to control parasitic mites are highly soluble in beeswax, and they remain for a long period of time. There are also other insecticides and chemicals used in abundance in agriculture, lawn care, and beekeeping being found in the honey bee’s nest. Second, it is known that Varroa mites vector numerous viral diseases of honey bees; and some new viruses have been identified. Third, a new strain of the fungal disease, Nosema, seems to have replaced the previous, seldom deadly strain. It appears that when these three factors, certain chemicals, viruses, and Nosema are combined, they overtake the highly vulnerable immune system of the bees. A background item in the die-offs seems to be nutrition issues. Beekeepers in 2010 will need to address each of these factors to maintain healthy bees. There’s a healthy bee on granddaughter, Erin Underhill’s, cheek.
--Richard
Posted by Richard Underhill at 2:08 PM