Art and Science of Beekeeping 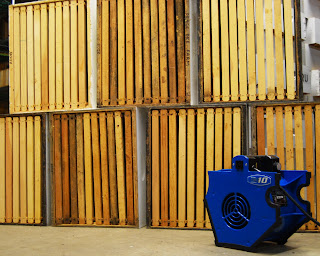 Man has kept honey bees for thousands of years. Ancient Egyptian artwork depicts honey bees housed in clay cylinders similar to those used into recent times. Beekeeping was highly developed during the classic Greek and Roman periods. European settlers brought the honey bee, an Old World insect, to the Americas. Honey bees were reported as being well established in America by the mid-1600s. The craft has been passed along from one generation to the next. Many learned how to gently manipulate honey bees from their grandparents. Beekeeping today is based upon honey bee biology and scientific observations and studies. To effectively manage honey bees today requires both the old-time skills demonstrated by experienced beekeepers and the scientific understanding of honey bee biology. Most beekeepers get their start in beekeeping and continue to gain skills in local beekeeping associations. Many of these associations conduct introductory beekeeping classes. The Memphis Area Beekeepers Association will be conducting its annual Short Course in Beekeeping on February 20, 2010. Paul Mallory, who has been keeping bees for 63 years, will help people answer, “Why would you want to keep honey bees?” I will be conducting a portion of the training. My topic will be honey bee health.

On December 26, 2009, I showed a simple method of storing brood comb using PDB (paradichlorobenzene) moth crystals to protect the frames from wax moth damage. I stated that the frames need to be exposed to the air for several days before using these frames in bee hives to allow any remaining moth treatment to evaporate. Chris, a beekeeper from North Carolina, posed a pertinent question. He asked if the untreated frames would be vulnerable to attack by wax moths during this period. This is really not a problem. Wax moths prefer to lay their eggs in dark, enclosed spaces. We can make the frames unattractive to the moths while airing the equipment by stacking the frames upright as shown with the boxes exposed to light and air circulation.
--Richard
Posted by Richard Underhill at 9:10 PM